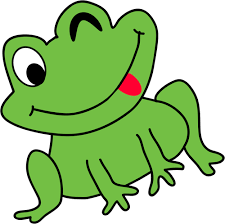 “Sometimes I wonder if the world is being run by smart people who are putting us on, or by imbeciles who really mean it.”  Mark Twain

The Celebrated Jumping Frog of Calaveras County is an 1865 short story by American author and humorist Mark Twain. The story was actually his first great success as a writer and brought him national attention. Something captured America’s attention and remains a compelling influence. Since 1928 an annual event inspired by Twain’s story has been held at the County Fair in Angels Camp in Northern California’s Calaveras County. Similar events are held in Indiana, Ohio, Washington, Maine, Missouri, Louisiana, New York, and also in Manitoba, Canada.

This May I witnessed the qualifying pre-trials from the bleachers as hopeful entrants coached their frogs into top performance. The contest is simple–which frog jumps the farthest in the one-minute time allowed per contestant. The record holder in Calaveras County is Rosie the Ribiter, who jumped 21 feet and 5 3/4 inches in 1986. Frog jockeys can win a $750 prize, or win the grand prize of $5,000 if a competing frog were to break Rosie’s record. It’s not clear what the frogs get out of the experience.

With 4,000 contestants in 2007, the Calaveras County contest imposed strict rules that regulate the frogs’s welfare, including limiting the daily number of a frog’s jumps, and mandating the playing of calming music in the frog’s enclosures. One assumes this is an attempt to reduce pre-game jitters. Because California’s red-legged frog is an endangered species, it’s barred from the competition. It is also forbidden for any competing frog to be weighted down by any means, as the frog in the Twain story was. Hopefully, the frogs don’t suffer too much as I worry about such things. After all, they’ve been captured and removed from their natural habitat and forced to enter into an all too human realm.

The frog jumping competition is a generous slice of American Pie. There is a whimsical quality of tradition, innocence, and plain good fun at a time when simple joys like County Fairs seem to be a thing of the past. Some frogs take the leap right away as if everything depends on the result. Others are frozen in place and never budge from the starting circle no matter the “encouragement” from their jockeys. This year’s winner jumped more than nineteen feet, certainly impressive, but not far enough to break Rosie’s record. Was it frog ambition or just sheer terror that fueled Rosie’s tremendous jump back in 1986? All the jumpers since have to go over that bar and perhaps Rosie was a unique frog at a singular moment. Maybe her frog jockey Joe Giudici had so much faith in her that his energy boosted her rockets.

I reflected on what it is that propels us to our greatest accomplishments and how can we learn to harness that propulsion at will?  Do we make quantum leaps in our own lives through grit and will, or is there something else that moves us to peak moments of achievement? We can’t always choose the arenas of tests and trials that present themselves, but we always have the choice of how we show up to meet the contests.  As we meet the challenges in our lives I believe it makes a difference if we call forth our best effort rather than refusing to try because we’re afraid we’ll miss the mark. Until we try we can’t know how we might be changed by taking the leap. And maybe we also have unseen cheerleaders whose faith in us lifts us to greater heights and longer distances once we jump. We can stay safe in the pond, or maybe become a champion–the attempt is up to us.