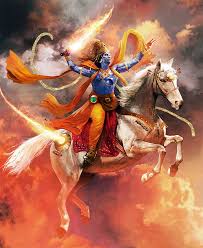 as told by Joanna Macy

“I often tell this story in workshops, for it describes the work we aim to do, and the training we engage in. It is about the coming of the Kingdom of Shambhala, and it is about you, and me.”      Joanna Macy

(Joanna Rogers Macy, is an environmental activist, author, scholar of Buddhism, general systems theory, and deep ecology. She is the author of eight books). I share this piece of her writing with the greatest of respect. It a Buddhist prophecy that calls us to “war.”

“Coming to us across twelve centuries, the Shambhala prophecy comes from ancient Tibetan Buddhism. The prophecy foretells of a time when all life on Earth is in danger. Great barbarian powers have arisen. Although these powers spend much of their wealth in preparations to annihilate each other, they have much in common: weapons of unfathomable destructive power, and technologies that lay waste our world. In this era, when the future of sentient life hangs by the frailest of threads, the kingdom of Shambhala emerges.

You cannot go there, for it is not a place; it is not a geopolitical entity. It exists in the hearts and minds of the Shambhala warriors. That is the term the prophecy used – “warriors.” You cannot recognize the Shambhala warrior when you see him or her, for they wear no uniforms or insignia, and they carry no specific banners. They have no barricades on which to climb or threaten the enemy, or behind which they can hide to rest or regroup. They do not even have any home turf. Always they must move on the terrain of the barbarians themselves.

The Shambhala warriors have the courage to do this because they know that these weapons are “manomaya.” They are mind made. Made by the human mind, they can be unmade by the human mind. The Shambhala warriors know that the dangers threatening life on Earth are not visited on us by any extraterrestrial power, satanic deities, or pre-ordained evil fate. They arise from our own decisions, our own lifestyles, and our own relationships.

So in this time, the Shambhala warriors go into training in the use of two weapons. The weapons are compassion and insight. Both are necessary, the prophecy foretells. The Shambhalla warriors must have compassion because it gives the juice, the power, the passion to move. It means not to be afraid of the pain of the world. Then you can open to it, step forward, act.

But that weapon by itself is not enough. It can burn you out, so you need the other – you need insight into the radical interdependence of all phenomena. With that wisdom you know that it is not a battle between “good guys” and “bad guys,” because the line between good and evil runs through the landscape of every human heart. With insight into our profound inter-relatedness, you know that actions undertaken with pure intent have repercussions throughout the web of life, beyond what you can measure or discern. By itself, that insight may appear too cool, conceptual, to sustain you and keep you moving, so you need the heat of compassion.

Together these two can sustain us as agents of wholesome change. They are gifts for us to claim now in the healing of our world. Many in the Tibetan lineage believe that this is the time of this ancient prophecy. If so, perhaps we are among the Shambhala warriors.”

These are powerful words and a call to action, reaching across time. We must find the strength and courage to arise and be the best we can be at this time of challenge. I stand with you, brave warriors of the heart. May we have courage.