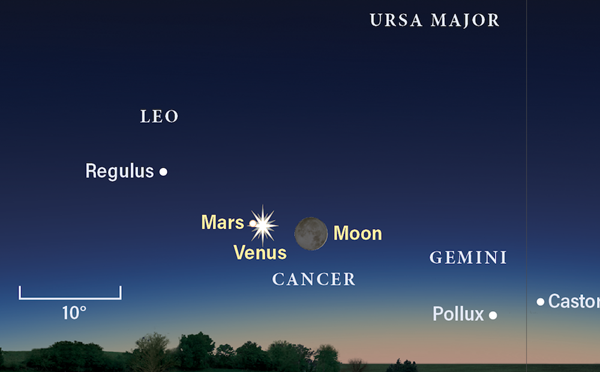 “These are times of great change that seem surreal on many levels. Amidst the cacophony of the shifting, we can choose to anchor deeply in the core of it all … and look up at the stars.”  Candace Newman, author Your Inner River of Peace

When I read Candace’s quote in a recent  email, I knew her words were powerful and significant, but until today I didn’t recognize that her message was also prophetic.

Last night (July 7, 2021, 8:47 PM PDT)) as I gazed spellbound at a dark sky in Northern California, awestruck by the spectacular Venus-Mars conjunction, a 5.7 earthquake rocked an area about 100 miles north. In that moment I was unaware of the quake. Today, a 6.0 earthquake shook an area near Tahoe (July 8, 2021, 3:50 PM PDT), a similar distance away but in a different direction.

This time we heard loud and continuous rumbling like thunder and felt the Earth move under our feet. Only a couple of objects fell, so we were unharmed with no damage, yet I was profoundly shaken. From our perspective in that moment, the quake came without warning—the sudden and shattering energy of Uranus. When we checked the USGS earthquake site, we learned more about the quakes. The 6.0 quake was big news in Calaveras County, California and became the headline story on the local website.

I was moved by what I felt physically in a way that is difficult to explain even though I have heard and read many reports of how people are affected by earthquakes. Of course, our experience was mild compared to stronger and more damaging quakes, but my emotional response was visceral and seemed out of proportion to my experience. Hours later I still felt my own aftershocks.

As I endeavor to process this first-in-a-lifetime experience, I still feel the sense of residual “shock” that nothing in the physical world is secure. I had been working on the astrology chart for the New Moon (July 9, 2021, 6:16 PM PDT) and was reflecting on certain powerful configurations, wondering what they indicated. The words for this blog and my bi-monthly newsletter wouldn’t come–I realize now that the earth had to move first to awaken a deeper awareness.

The astrology of the last few days has been potent: Saturn opposes the Venus/Mars conjunction, and Uranus squares all three, forming a fixed T-cross aspect. In hindsight that seems to be a perfect earthquake aspect for this area with Uranus at the bottom of the chart at the roots. Neptune also made a square to the conjunction between the Moon and Mercury in the chart of the first quake. In the second chart the next day, the Moon moved almost out of orb of the conjunction with Mercury to form a trine aspect with Neptune, while the difficult T-cross remains.

As I finish this blog on July 9, 2021, the Moon is moving to conjoin the Sun tonight—the New Moon in Cancer. The conjunction opposes Pluto, signaling the potential for transformation. As earthquakes shook northern California, tropical storm Elsa was growing into a potential hurricane on the east coast. The Sun/Moon makes a trine aspect to Neptune in Pisces, increasing emotional energy and perhaps bring the tropical storm to hurricane force. And the T-cross remains with Uranus connecting to most of the planets in the New Moon chart. The New Moon chart is characterized by the shattering energy of Uranus.

It’s a powerful time on the planet, and my brief but deeply unsettling experience of the ground moving beneath my feet, accompanied by a roar like thunder, was minor compared with the degree of shifting and changing that is happening in the wider world. It is a good time to take an inventory of our blessings and be thankful for what matters most.

As Candace Newman said in her quote at the beginning, we do have a choice. Even though the earth moves and shifts beneath us, and the world changes before our eyes, we can strengthen our footing through intention and symbolically cast our anchor into the deep heart of the Earth. Before the day ends, we can go out and gaze upward at the stars during the dark time of this New Moon. The sight of the brilliant conjunction of Venus and Mars reminds us that we are part of something vastly larger than ourselves. Security in the outer world is never guaranteed, but the everlasting Light and Love that is the Source of all can guide and protect us through challenges that test our courage. 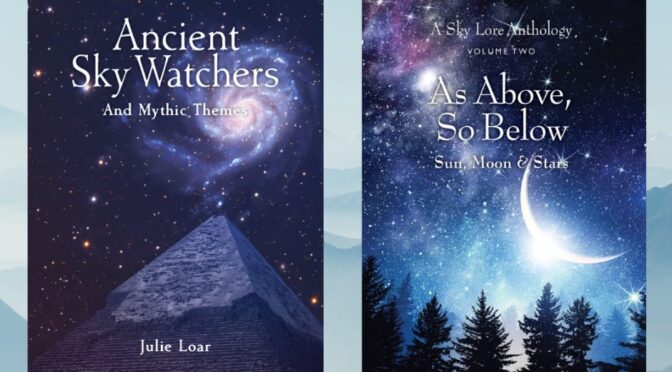 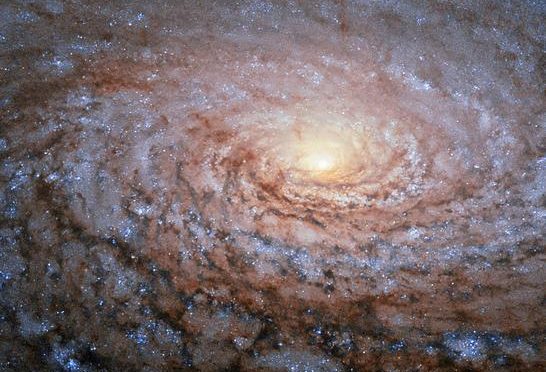